Mike ( Masoud) Shafie Originally from Iran knows Vancouver  real estate better than anyone else. You’re in good hands.Exploring Vancouver’s luxury real estate market is like opening a treasure chest. Beautiful heritage homes that stood the test of time, modern architectural beauties that look to the future, and of course, Vancouver’s finest neighbourhoods − they are like precious stones and the most valuable gold.There isn’t a luxury housing market in Canada as lovely and worthwhile as Vancouver’s. If you are interested in investing in luxury real estate in Canada, Vancouver is the place and Mike Shafie is the realtor who will be the key to your success.Let Mike Shafie aid you in your real estate endeavor in Vancouver area.mikeshafie.com brings you one step closer to the home of your dreams. Learn about Vancouver’s most sought-after communities, get to know the market, and find all the home buying and selling resources you need. 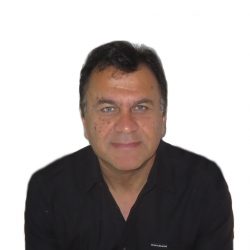 Beautifully situated between the mountains and the pacific coast, Vancouver is one of Canada’s largest and warmest cities. As a sophisticated yet environmentally-conscious metropolis, Vancouver has a thriving ecotourism industry, offering activities for the whole family to enjoy.

Known for its friendly people, world-class dining, and vibrant neighborhoods, there’s no doubt that Vancouver is recognized as one of the best places to live. Considerably, one of the best reasons to live in Vancouver is for the year-round access to Stanley Park – a true urban oasis. Vancouver is also one of Canada’s most ethnically diverse cities in Canada and has a thriving international real estate industry.

No other Canadian city can compare with the beautiful mountain and coastal scenery, mild winters, and cherry blossom lined streets. Whether you’re seeking a new adventure or simply want to experience a different neighborhood, be sure to check out all that Vancouver has to offer.

Things have changed a lot since the early days of European settlement. With 13% of the Canadian population, BC is Canada’s third biggest province, after Ontario and Quebec. It produces about 12% of the country’s total GDP. Vancouver’s population has passed the two million mark, making it one of only three metropolitan areas in the country with a population in excess of one million (although Calgary and Edmonton are fast approaching that mark). The city is an important financial and industrial centre, and with its location on the west coast of the country, it’s also a transportation hub.

The composition of BC’s population has changed a lot. It’s no longer mainly comprised of young men, as it was a hundred years ago. The percentage of males and females living in BC has been roughly equal since the 1960s. The population is also older: less than 40% of British Columbians are currently under the age of thirty, and one in four are fifty-five or older.

British Columbia’s cultural mosaic is also shifting. In recent years, immigration, especially from Asia, has been a major source of population growth, and the Vancouver area, along with other parts of the province, is becoming more diverse.

ASK ME FOR ADVICE

Before you make your next real estate decision, ask me if it makes sense. No obligation!